Check Out These Brilliant New Games

Bored of your regular go-to games and thirsty for something new?

Or just curious to see what's out there causing a stir?

Luckily, we've saved you the effort of sampling five brilliant new games and provided our own thoughts on them below.

In no particular order, here are Caxino Casino's picks of the best video slots that have rolled off the production line recently.. 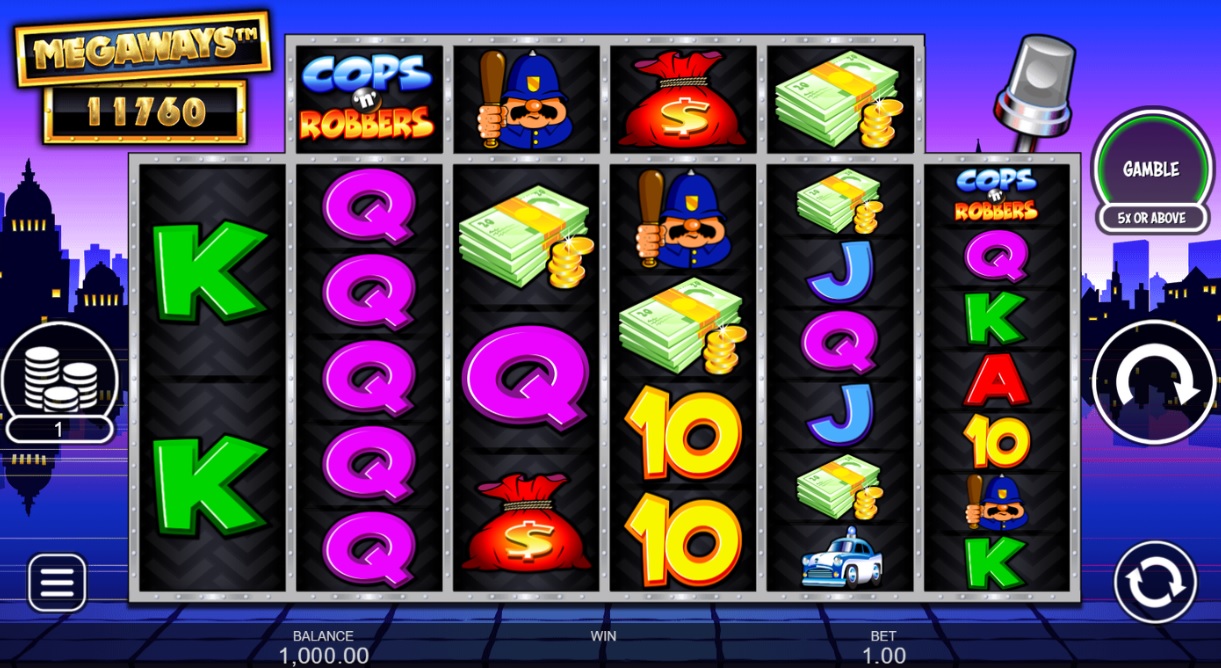 Provider Greentube were the first to let Cops 'n' Robbers loose on the slot community in 2013, successfully transplanting a beloved arcade game into the online realm.

It proved a smart move, with two spin-offs following soon after before rival Inspired Gaming set their sights on the franchise some years down the line.

This 2021 sequel scores high on nostalgia by retaining much of the retro artwork in a nod to the original, while incorporating a smattering of modern-day features that elevate it out of arcade territory.

As implied by its title, MegaWays drives much of the action in Cops 'n' Robbers Megaways - which means up to 117,649 win ways at full throttle. Cascades, Mystery Symbols and Free Spins also playing prominent roles in Inspired's thrill-a-minute upgrade.

Despite an inferior RTP clocking in marginally below industry average at 95.19% - 95.50%, this is nonetheless one of the most fun titles to benefit from a MegaWays makeover. Inspired's sequel is sure to entice lovers of action-packed arcade games as well those looking to recapture long-lost nostalgia.

On a side note, right now the game is available to play exclusively here at Caxino and our sister sites, Wildz and Wheelz, for a limited time. To mark the tie-up we're offering up €10,000 in cash prizes to the players that land the highest Cops 'n' Robbers Megaways Multiplier Wins up until May 20!

Discover how to get involved over at our promotional page. 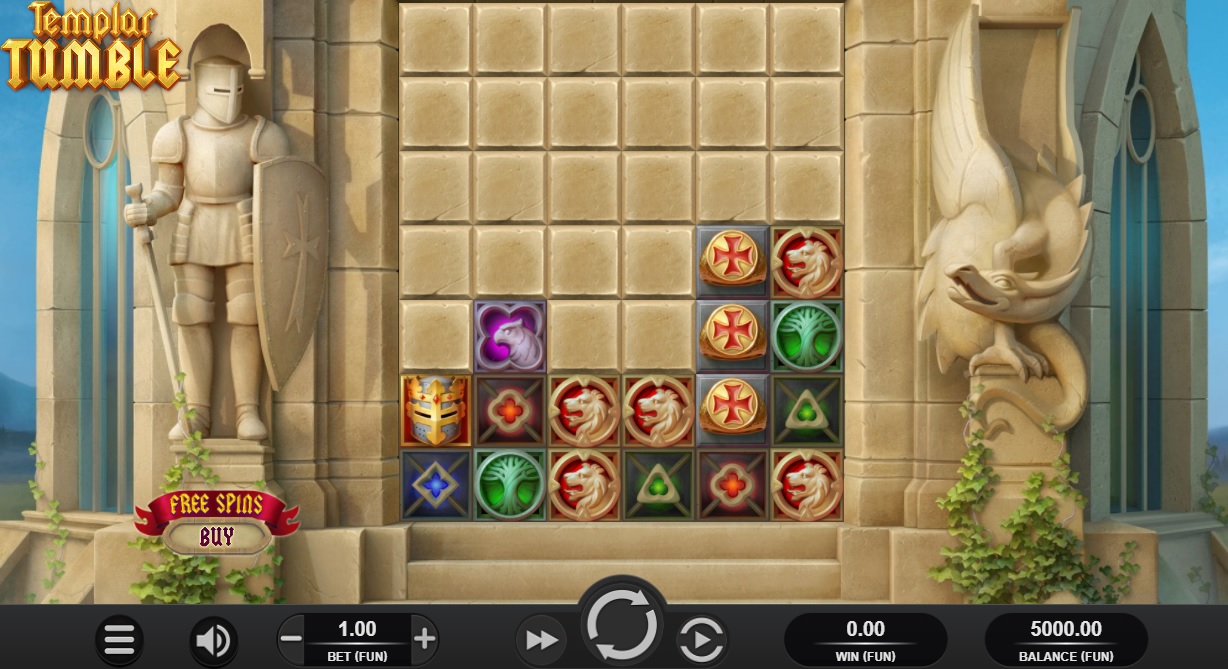 Relax Gaming get all religious on us once again us by expanding their popular 'Tumble' range with this highly volatile March 2021 release.

Based on the Knights Templar of 1119 charged with protecting pilgrims on their passage, Templar Tumble makes use of several features to propel you to wins reaching 17,280x your bet.

Don't be fooled by a quick glance at the fact-sheet. Despite offering up to 117,649 ways to win, this is no MegaWays title. The game does possess other similarities, notably its 7-reel setup, and Cascade engine capable of stringing together highly profitable chain reactions.

Wilds are also instrumental in Templar Tumblar, triggering Mystery Symbols whenever they drop anywhere on reels 2 to 6. What this does is transforms between 3 and 8 blocker positions into Mystery symbols, which are then revealed as identical symbols once cascades cease.

Add in abundant Free Spins, some refined graphic work and immersive audio, and this constitutes another finely crafted game from the slot maestros at Relax. 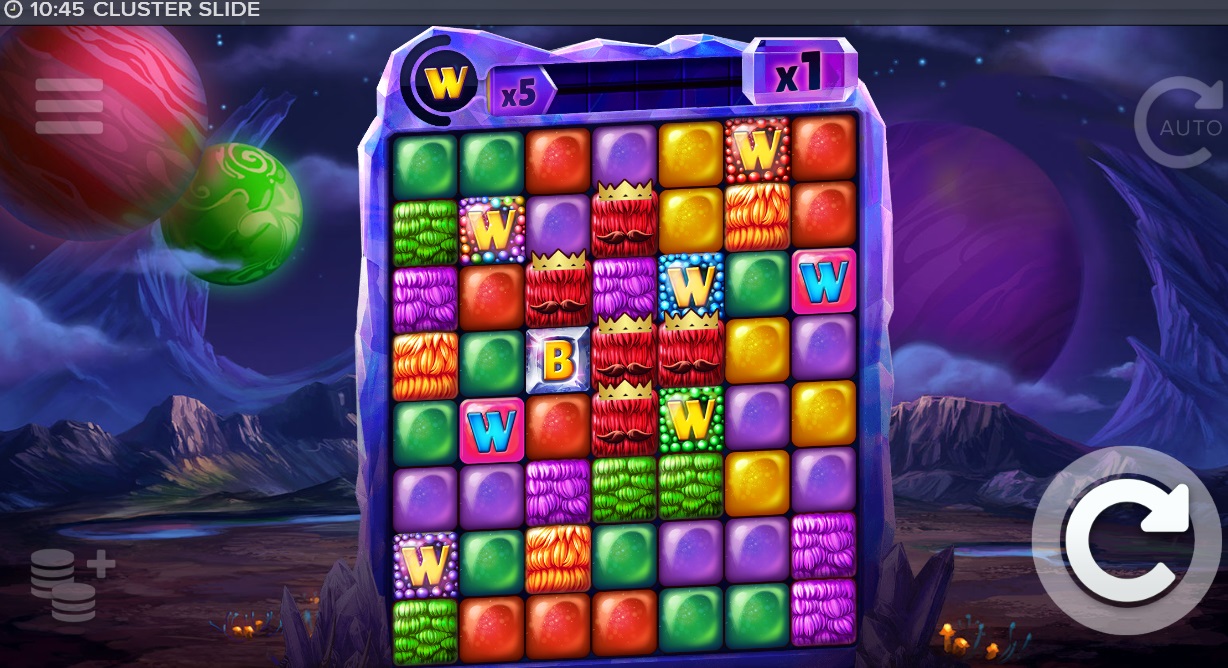 ELK Studios have taken us everywhere from the dense South American rainforest and outer reaches of Nepal, to Antarctic hinterlands and even outer space over recent months.

Now the globe-trotting provider are back for another intergalactic adventure in Cluster Slide - a 7-reel, 8-row video slot offering a 10,000x max win and Cluster Pays as opposed to fixed betting lines.

The sliding action all goes down on a distant planet known as Jellyton, where the aim is to form cluster of wins that are worth up to 500 times your stake when 15 or more appear at once. Wild symbols abound the playing grid to help out, stepping in for all regular symbols.

Central to the action in Cluster Slide are Cascades, which kick in whenever clusters of at least 5 symbols group together, forcing new symbols to either descend from above for more win opportunities, or slide down to the left thanks to gravity playing its part.

Once you've filled up the Generator located outside the grid, you're awarded one of 5 Feature Wild symbols that do things like expand and increase win multipliers. In addition, look out for lucrative 'B' symbols arriving, which function by dropping in colossal sized Wilds onto the reels. 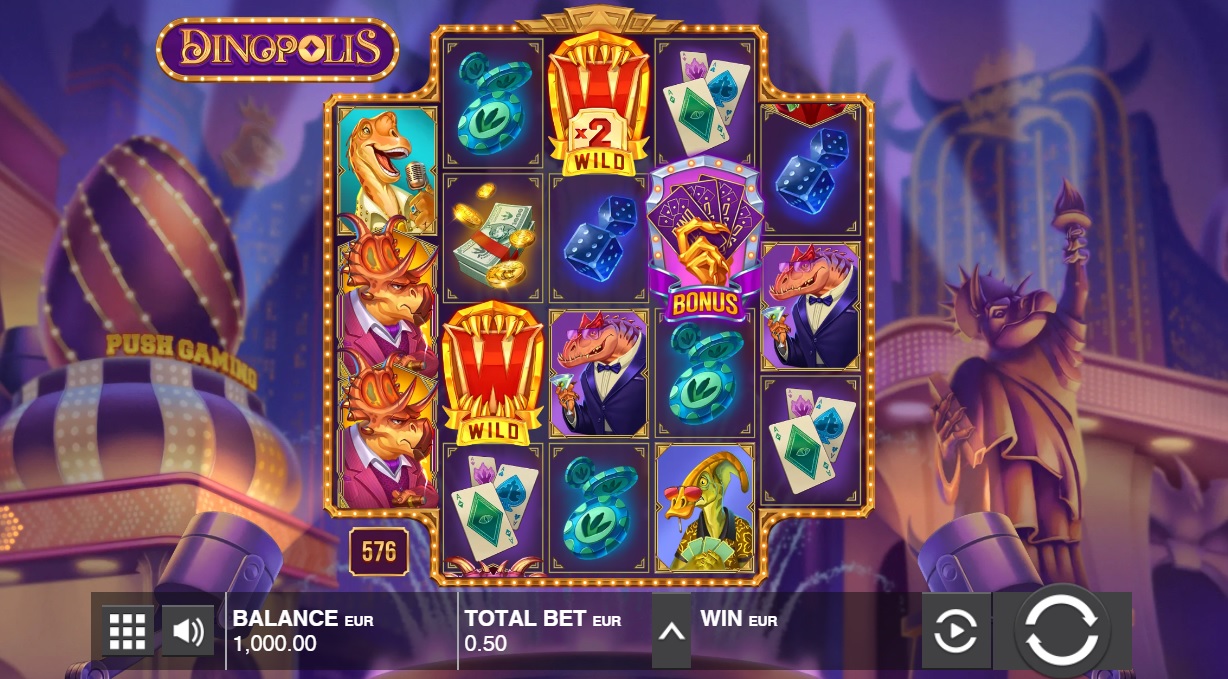 It's not often you see a bunch of smoking, drinking, gambling dinosaurs frolicking their way through Las Vegas, but that's exactly who Push Gaming have chosen to star in their wildly entertaining video slot, Dinopolis.

The talented studio have gone all-in on the concept. So, expect lashings of glamour and razzmatazz oozing from every angle. This is Vegas after all.

In keeping with its vibrant thematics, Dinopolis's playing grid is arranged in an unusual 3-4-4-4-3 format. Here you'll want to ascend through several Dino Bonus tiers with the help of Wild Symbols and Dino Coins.

Regarding the latter, these may arrive on either outer reel equipped with multipliers worth up to 1,000x. When combining with at least 2 Wilds on the middle reels, players get their stake multiplied by the displayed amount.

The centrepiece Dino Bonus feature is activated by catching a trio of Scatters across reels 2-4. Here, take your pick from modifiers ranging from Sticky Wilds to Golden Cards that grant additional picks.

Dinopolis plays on the feel-good factor by pairing a fresh, unique theme with huge potential, teasing wins as high as 50,000x your bet. 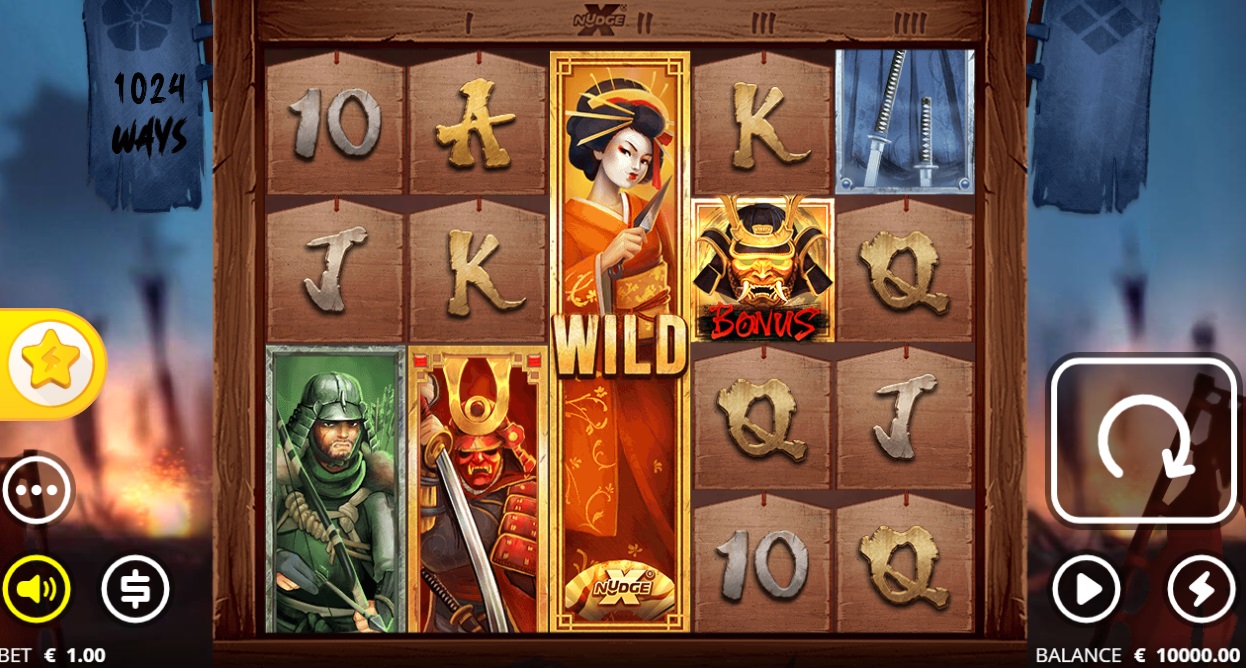 These days no rundown of the hottest new games is complete without reference to the Malta-based juggernaut that is Nolimit City.

Reach for your samurai sword for this one, as Nolimit City beckon players to learn the ways of the warrior. In short, they are: Honour, Respect, Tribute, Glory, Fear and Revenge. Pull off a big win and you'll see just why.

Played across 5 reels and 5 rows, an opening 1,024 win ways maxes out at 24,576 at full capacity, with xNudge symbols central to the action. Appearing only on reel #3, these Wilds bring rising multipliers into the equation whenever they show up.

Sliced Wilds also play a pivotal role. This Wild variant is sliced up depending on which reel it lands on, further enhancing your returns.

Finally, 8 Shotguns Spins are awarded in exchange for 3 Bonus symbols, which can also be upgraded to Geisha Spins by landing the Wild Geisha. At least one guaranteed Wild will take up position on reel 2, 3, 4 or 5 during Free Spins.

Though not quite on par with the pulsating creations that preceded it, Bushido Ways xNudge serves up more brilliantly intense gaming from the creative minds at Nolimit City.