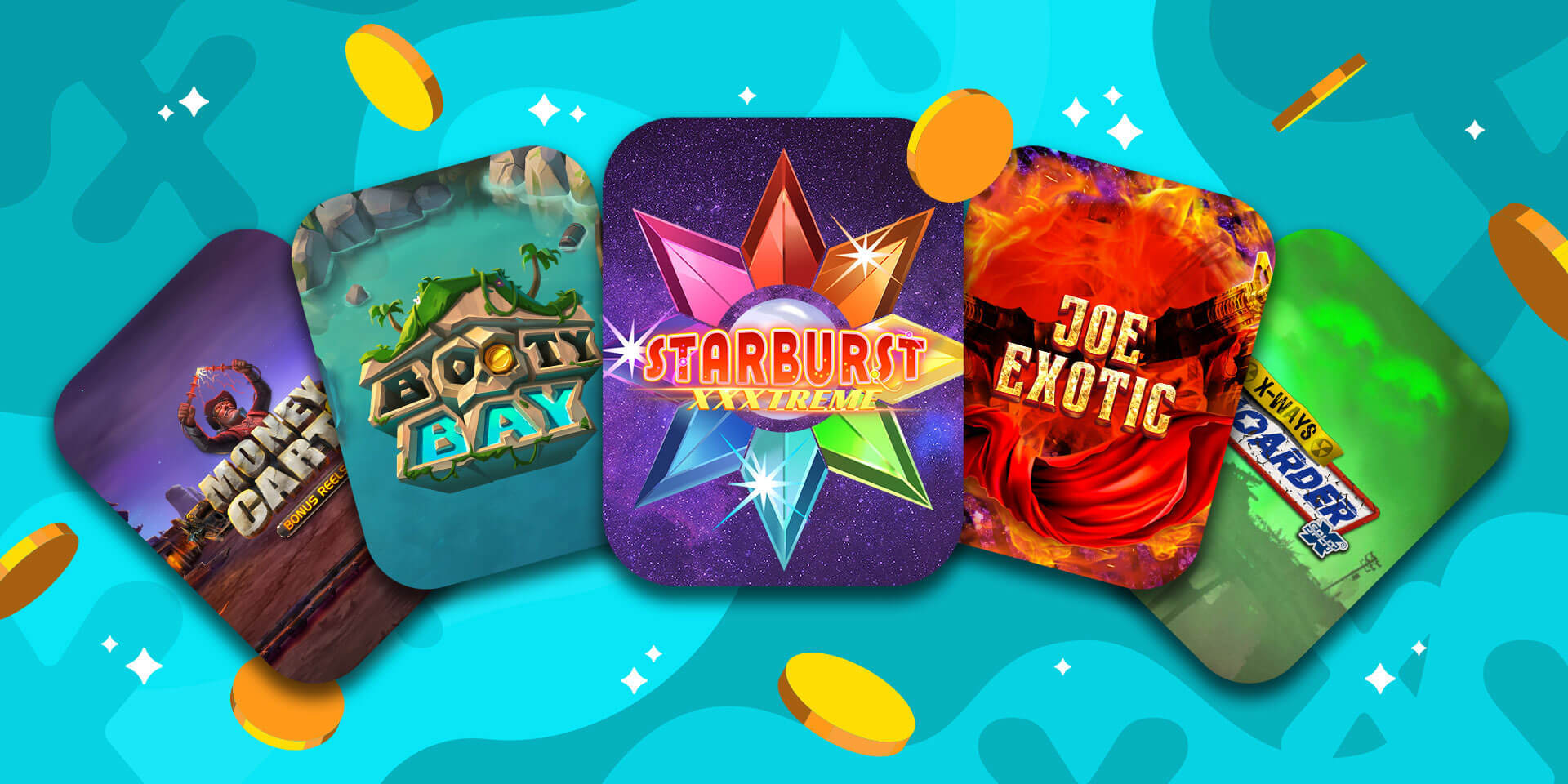 Not a week goes by without the freshest new online casino titles landing on our digital doorstep from the industry's finest game providers.

We've taken the time to shine a light on five amazing new games for you all to enjoy right here at Caxino Casino. 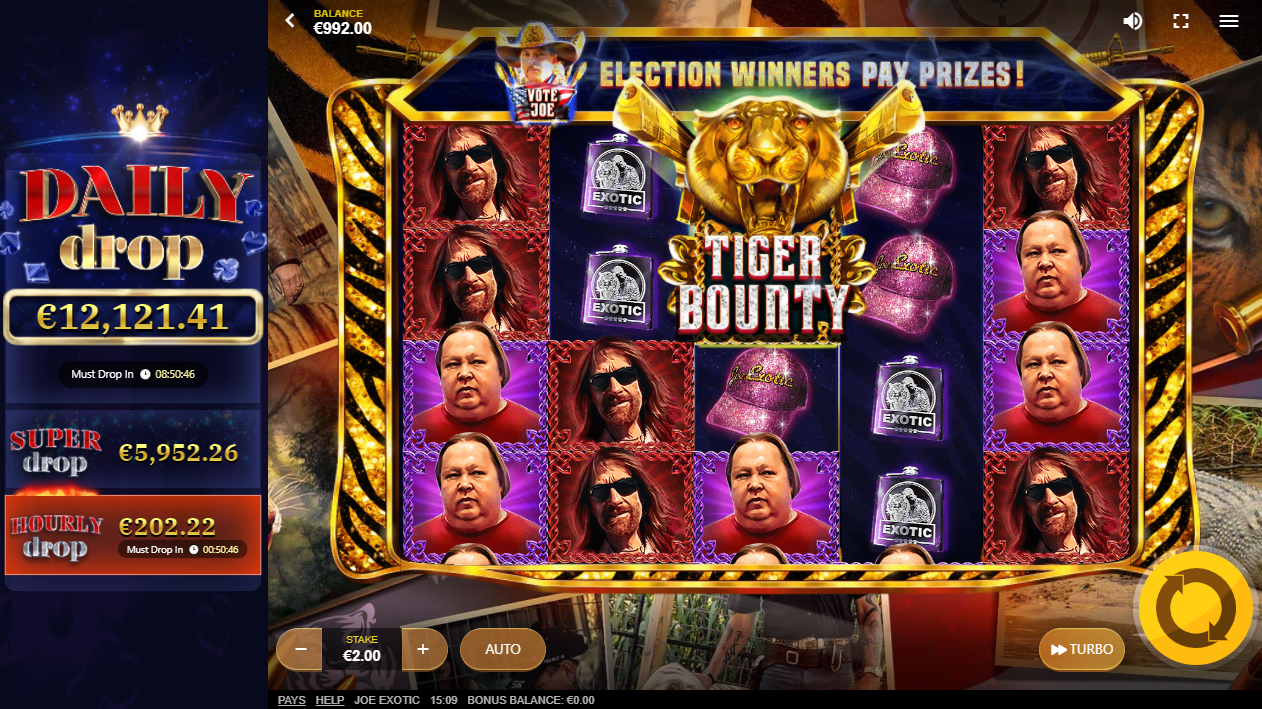 Netflix addicts will be no stranger to the blond-haired hillbilly "Joe Exotic", who rose to fame in the "Tiger King" series that documented the extravagant zoo tender's often ill-advised travails.

The show culminated in Exotic plotting to murder his nemesis, Carole Baskin, resulting in a considerable jail sentence. Exotic may be 'inside' for now, but that hasn't stopped developer Red Tiger Gaming bringing the notorious figure to life in this controversial but wildly enjoyable video slot adaption.

As to extras, players get to grips with four of these in Joe Exotic: a Dynamite feature triggered at random to blow up all low value symbols, alongside the customary Free Spins, Tiger Bounty and Election Time feature.

All in, this is an action-packed game brimming with features guaranteed to provide hours of entertainment - Netflix fan or not.

"Starburst" is one of those instantly recognisable video slot titles famous the world over. Created some eight years ago, the game was also prime for a remake, which prompted creator NetEnt back into the studio to apply a few upgrades to their iconic astral release.

The resulting Starburst XXXtreme promises to "take players on a space odyssey, the likes of which you've never seen before." Quite how NetEnt achieve that is by layering on new age features over the classic Starburst gameplay and accompanying aesthetics.

New for V2, among other elements, is cranked up volatility - which means fewer, but larger wins, plus the chance to purchase XXXtreme Spins and a supersized max win. Payouts worth an astronomical 200,000 times your bet are now possible in NetEnt's sequel.

Wilds are at the heart of the action in this highly anticipated upgrade. Appearing on reels 2-4, Starburst Wilds expand and award a respin plus a random multiplier to boot. Random Wilds are at play, too, activated randomly after a spin. These come with multipliers worth up to 150x to take your win potential to new heights on every single spin.

Come and see why players everywhere are loving the new-look Starburst at Caxino Casino. 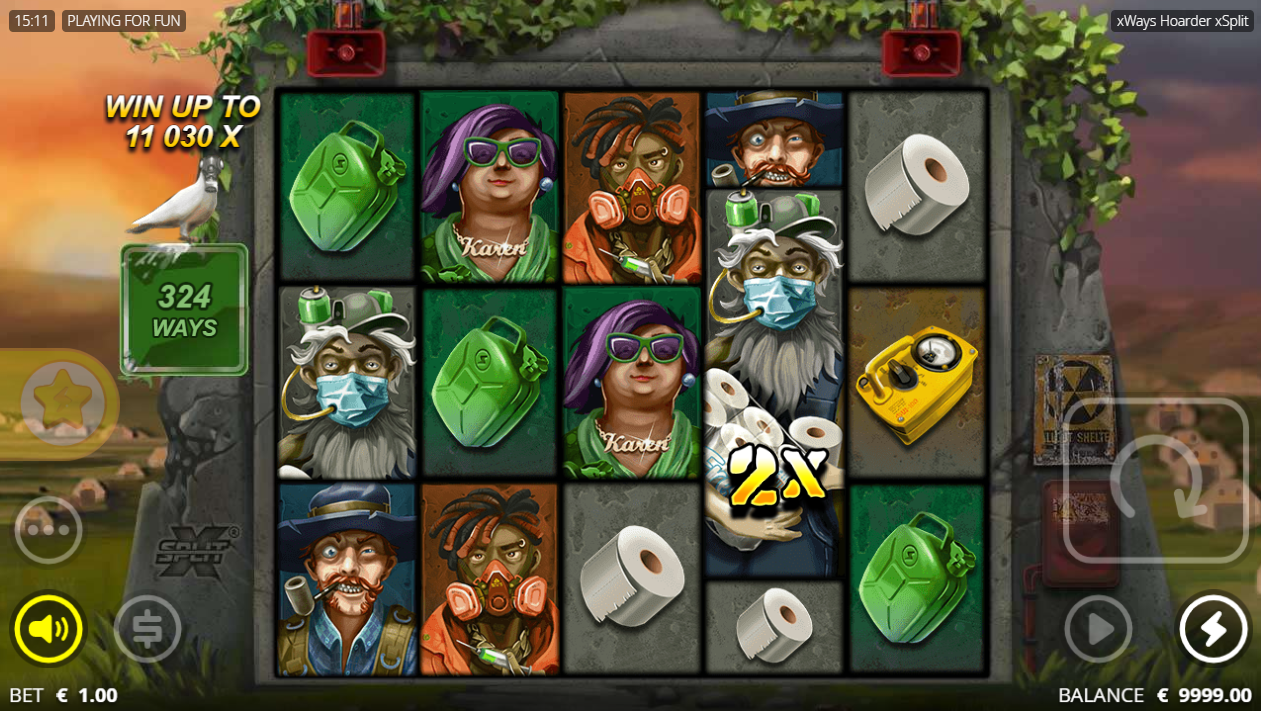 The next entry in our round-up is a unique offering from the innovative folks over at Nolimit City. The talented studio seem to churn out engaging, original releases on a monthly basis, and this is one more that doesn't fail to disappoint.

The thing that first strikes you about xSplit Hoarder xWays is its unusual setting. We're planted in some dystopian wasteland to begin our adventure, where most life has seemingly perished and mere existence has become an almighty struggle. The key to survival? Hoarding. He who hoards, wins, in xSplit Hoarder xWays.

Taking centre stage is a group of eclectic characters who do their utmost to ensure survival by hoarding essentials like toilet roll, detergent and alcohol (questionable) - which serve as the game's symbols.

The slot showcases Nolimit City's innovative xWays mechanic, which functions by revealing 2-4 identical symbols, plus xSplit Wilds. These split all symbols to the left on the same row whenever they land. Free Spins are also on offer, which sees all xWays symbols remain in place from the first spin to the last.

Add its unique theme to brilliant features and a decent max win worth 11,303x your wager, xSplit Hoarder xWays goes down as another fantastic, expertly crafted game from trailblazers Nolimit City. 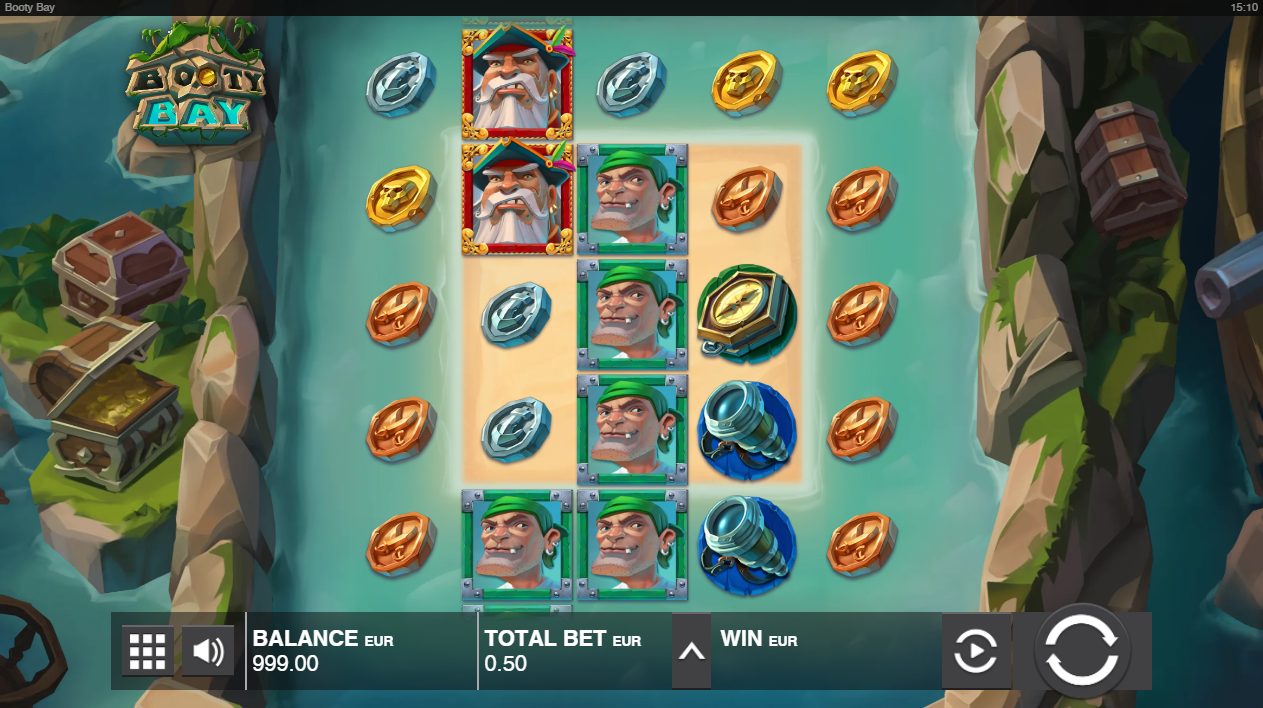 Premier provider Push Gaming are renowned for cutting edge slots that serve to break the mould offering something new and fresh, all the while delivering superior production quality.

Sporting excellent visuals, the pirate-themed Booty Bay looks to follow that blueprint. A 5-reel, 5-row cluster pays game engine is nothing new, but the slot throws up a surprise with its 3x3 area dubbed the 'Hotzone', central to the action.

Wins are accomplished by forming clusters of 6 or more matching symbols across the reels. The bigger the cluster - the richer your rewards. No surprises there either.

Now, more about the 'Hotzone' Push Gaming have chosen to incorporate. This constitutes a block 3x3 in size situated in the middle of the reels. Whenever you land a Booty Wild in the Hotzone, the Hotzone feature comes into play with unlimited respins. During respins, all wilds move to an adjacent space. What's more, should a wild move to a new Hotzone position after a respin, its multiplier increments by 1.

Complementing the Hotzone is the Swirling Rapids feature, which prompts a respin whenever corresponding symbols land in the Hotzone, along with the pick-a-prize style Treasure Map and finally, Triple Wild Lock feature, which is fairly self-explanatory.

The cherry on top of this absorbing slot is its max win, which clocks in at an impressive 20,000x your wager. Give Booty Bay a look today for a fresh take on a popular theme.

This July 2021 spin-off comes draped in the same steampunk imagery as the studio's worldwide smash hit, with Money Train 2's original railroad, along with playing symbols, music, and adrenaline-fuelled action, all returning.

So, what's the difference? Well, players adore Money Train 2 principally for one thing: it's frenzied bonus round capable of some truly eye-watering payouts. So, why not get straight to the heart of the action and skip the base game entirely? That was Relax Gaming's mantra when creating this follow-up.

Players spin Money Cart 2 until three Scatters land, thereby triggering the famous hold-and-win style bonus feature. The triggering symbols remain locked in place throughout, and your favourite nine modifiers may land between spins to multiply your returns to varying degrees. Look out for the most lucrative of the lot, the Persistent Collector, who collects all visible values in view for all subsequent spins. Once your three lives are lost, the round terminates, and your total is totted up - just like before.

The only downside to Money Cart 2 is its maximum payout, which has shrunk considerably from its predecessor down to 5,000x. Still, players who enjoyed the original will no doubt be delighted with this no-nonsense upgrade. Look out for Money Cart 2 landing at Caxino very soon.