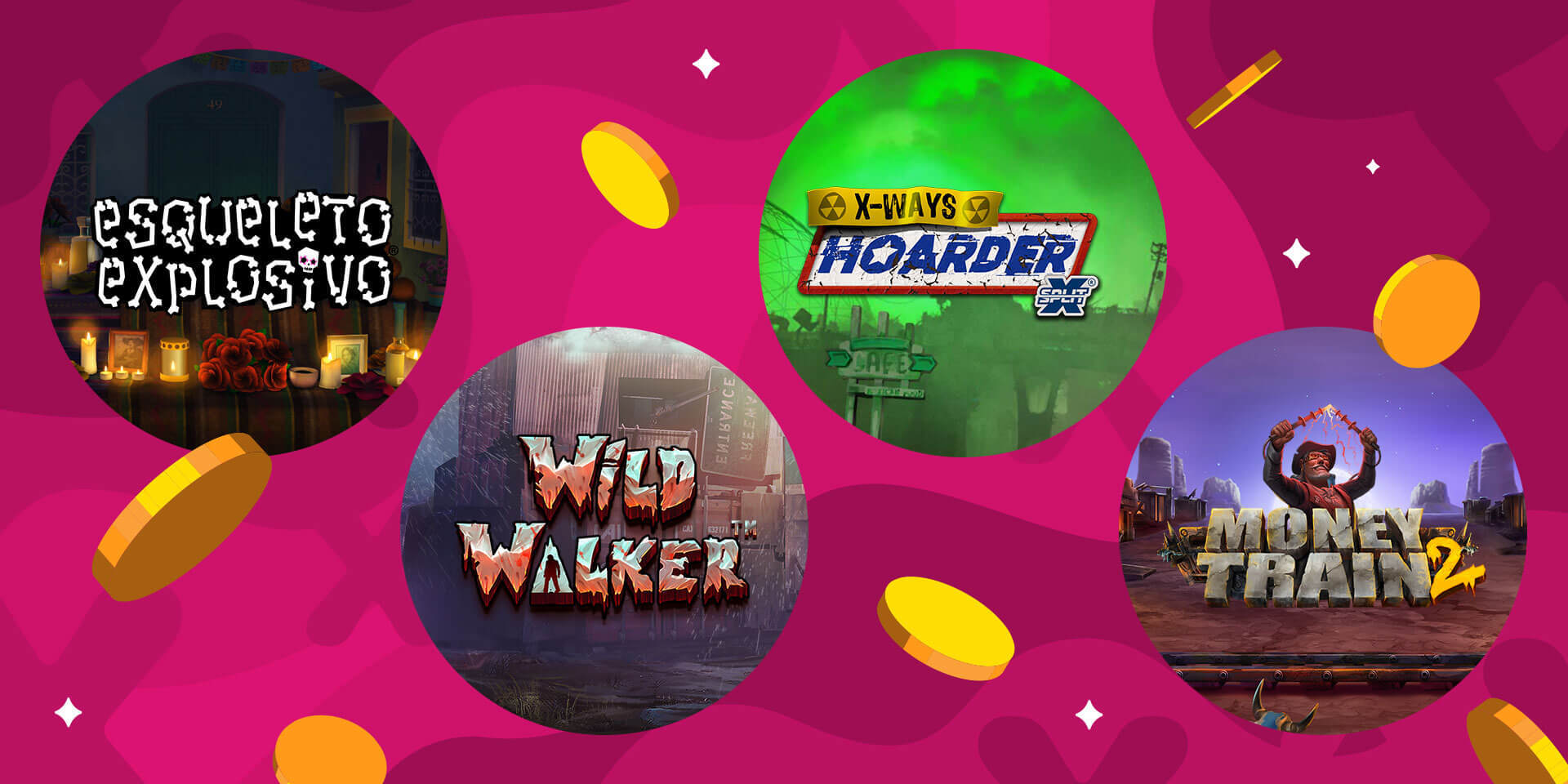 Whether you're new to slots or need to brush up on your lingo, we present to you Caxino Casino's A-Z of slots!

Dominating the slot arena, the Ancient Egyptians have been brought back to life numerous times down the years, starring in Book of Dead (Play'n GO) and Merkur Gaming's Eye of Horus, among myriad others titles.

Bonus Features are employed to help boost players' returns and as a means of differentiating providers' offerings. The most common types include Free Spins, Mystery Symbols, Pick-a-prize, Wild and Scatter symbols.

An increasing number of online slots are powered by Cascading Reels. The mechanic operates by removing winning symbols from play. Fresh symbols then fall into the vacant spaces indefinitely as long as repeated wins occur, spelling potentially lucrative chain reactions.

Normally awarded in return for landing three Scatters, Free Spins may come with special modifiers not available in the base game like expanding symbols, and invariably hold the key to a slot's richest prizes.

Many games afford players the opportunity to gamble their winnings. Typically you'll be offered a 50:50 shot at doubling your money by guessing the correct card colour between red and black, or you can multiply your win fourfold by correctly identifying the hidden suit.

"Hit rate" is slot parlance for how often you can expect to land a win. Most online slots advertise hit rates close to 30%-mark - meaning you'll receive a payout roughly one in every three spins on average.

Some of the more generous games offer instant prizes dropped at random. Dinopolis, an entertaining new game from Push Gaming, comes bearing gifts worth up to 1,000x your bet at random.

Jackpot slots can change a person's life in the blink of an eye, like the lucky Belgian who earlier this year scooped a $19.4M jackpot spinning Absolootly Mad™: Mega Moolah, part of Microgaming's super-popular jackpot range.

Based in Malta and Krakow, Kalamba offer "cool themes, great characters and mechanics that will keep players coming back for more." Venture inside a verdant laboratory in recent release, Finnegan's Formula, full of Irish magic and Kalamba's very own "K" features.

Step up to the Ladder Gamble in Inspired Entertainment's classic slot Reel King, where each step represents an even-money shot at ascending one rung. You're allowed to bank your money offer at any stage, but one wrong guess could lose the lot.

Big Time Gaming broke new ground in 2016 with their flagship release, Bonanza. The slot was the first to showcase MegaWays, which functions by mixing up the number of symbols showing up on each spin, meaning 117,649 ways to win at most.

Nolimit City are hot property right now, continuing to churn out one smash hit after another. The provider often dare to venture off into weird and wonderful areas to style their games, evidenced by the curiously dystopian wasteland setting of xWays Hoarder xSplit.

The cute term given to the first ever slot machine invented by Charles Fey decades ago, complete with mechanical lever and single payline. It's safe to say slots have come a long way since!

Paylines are the active lines on which symbols land to form wins. Nowadays it's not uncommon for paylines to operate in both left to right and right to left, as well as vertically and even diagonally.

Regularly delivering "stunning graphics and top-notch audio", Quickspin slots are some of the most popular on the market. Charming hits like Big Bad Wolf and Goldilocks are loved by players everywhere, a testament to their creator's expert slot-crafting skills and eye for detail.

Respins are fairly self-explanatory. These are additional spins often awarded free of charge for meeting certain conditions during a base game spin or while playing out a Free Spins feature.

Special type of symbol that triggers a Bonus Feature for a fixed number of symbols - usually three or more - landing. It's often possible to retrigger the feature should additional Scatters show up.

The creator of stunning games including 1429 Uncharted Seas and Esqueleto Explosivo, Swedish developer Thunderkick have carved out a niche on account of their exceptional audio-visual production.

Volatility governs the level of risk inherent in a slot. A highly volatile game like San Quentin (Nolimit City) offers high-risk, high-reward gaming, while games at the opposite end of the spectrum such as Starburst are better suited to casual players.

Substituting for all other symbols to help you forge winning assortments, Wilds are one of the most familiar symbols and occasionally come carrying multiplier values that could swell your bankroll further.

Nolimit City's 'x' family of features are some of our favourites. The 'Nudge' kind adds 1x multipliers for every position it covers to become fully stacked, while x-Split symbols slice in half all symbols sat to their left. Finally, x-Ways symbols break up into multiple instances of the same symbol.

Casino land's frightening undead are frequently on hand to inject a large dose of ghoulish gore into slot antics. Some of the better entries in this genre include Pragmatic Play's Wild Walker and Zombie Circus from Relax Gaming.